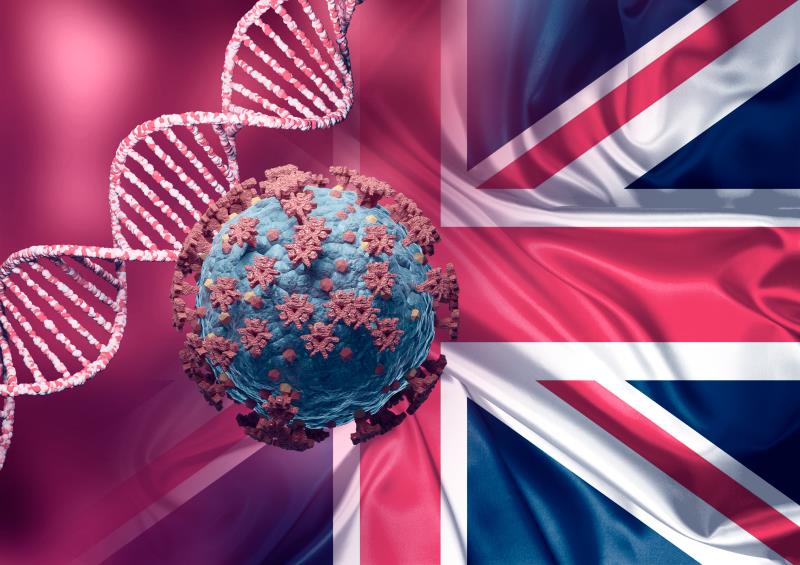 “The SARS-CoV-2 VOC-202012/1 first detected in the southeast of England in autumn 2020 is more transmissible than previously circulating variants … [However,] before our study, unbiased estimates of the mortality of the VOC were not available,” said the researchers.

“[Our current findings show] the probability that the risk of mortality is increased by infection with VOC-202012/01 is high … Healthcare capacity planning and national and international control policies are all impacted by this finding,” they continued.

The study comprised 109,812* participants who tested positive for SARS-CoV-2 in community-based** testing centres between October 1, 2020 and January 29, 2021. Test results were classified as either S-gene positive or negative (corresponding to previously circulating SARS-CoV-2 variants and VOC-202012/1, respectively). Participants were followed up for a minimum of 14 days after the first positive result; >85 percent were followed for 28 days.

However, given the divergence between arms at day 14, the estimates were, according to the researchers, “violated as the HR was not constant over time”. Further evaluation was therefore done to rectify this by comparing the HR during day 0–14 with that of day 15–28. Despite the lack of significant increase during the first 14 days, the latter 14 days yielded an HR of 2.40.

The researchers partly attributed the increased risk of infection and mortality to the presence of certain comorbidities. “This would tend to reduce the HR attributable to VOC-202012/1 alone,” they said. However, evidence as to why such individuals would be more susceptible to one SARS-CoV-2 variant than another is lacking.

Apart from its higher transmissibility, the findings imply that VOC-202012/1 appears more lethal, the researchers stressed. “We expect this to be associated with changes in its phenotypic properties because of multiple genetic mutations, and we see no reason why this finding would be specific to the UK.”

Along with other variants of concern, the emergence of VOC-202012/1 and its mutations also underlines the ability of SARS-CoV-2 to progress into new phenotypic variants. “[M]utants that evade vaccines [may be] a real possibility,” they added.

“[While] the absolute risk of death in this largely unvaccinated population remains relatively low (from 2.5–4.1/1,000 detected cases), clinicians at the front-line and public health officials should be aware that a higher mortality rate is likely even if the quality of practice remains unchanged,” said the researchers. The results further suggest that the incidence of serious infections warranting hospital attention may increase, they added.

However, as this was a community-based study, mortality risks in other*** patient groups remains to be seen. “[Nonetheless, the] increased mortality [lends] weight to the argument that further coordinated and stringent measures are justified to reduce deaths from SARS-CoV-2,” they stressed.

Future studies should consider the impact of certain factors# to allow for optimization of resource allocation, vaccine distribution plans, and easing of restrictions, they said.

***Elderly, care-home residents, and individuals with comorbidities who usually go straight to the hospital as an emergency